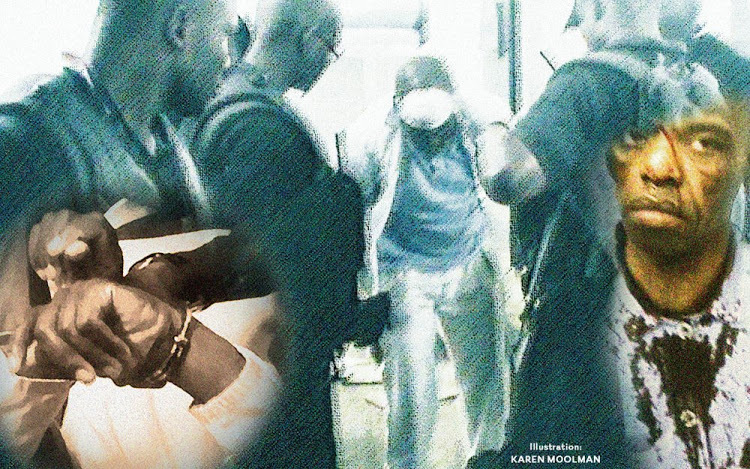 The multinational security company G4S, a main contender for the South African Social Security Agency tender to distribute social grants, is in court over torture allegations.

The company is defending claims by 42 inmates that they were subjected to electric shocks, forcibly injected with antipsychotic drugs and placed in lengthy isolation in G4S’s Mangaung Correctional Centre in Bloemfontein.

The company’s UK prison operations have also been plagued by allegations of physical and other abuse of inmates at their Brookhouse and Medway detention centres.

The South African government signed a R10.6bn contract with G4S and four other shareholders in 2000 to build, maintain and run the maximum security prison, with capacity for 3,000 prisoners.

The 42 inmates, represented by the Legal Resources Centre, are seeking damages for the alleged abuse at the prison.

In a related case, the Centre for Applied Legal Studies at Wits University is challenging G4S over its attempts to prevent publication of a Department of Correctional Services report on the allegations.

The case emanates from a request under the Promotion of Access to Information Act for the investigation report into the alleged abuse at the Bloemfontein prison. G4S lost effective control of the prison in 2013 when riots broke out.

The department took control of the prison for 10 months and promised to report on the allegations of abuse.

At about the same time, the Wits Justice Project uncovered use of electric shocks, forced medication with antipsychotic drugs, unlawful segregation of inmates and suspicious deaths in the prison. Though the government said it would investigate the allegations, the promised investigation report did not materialise and the security provider has not been held accountable and continues to manage the prison.

Inmate James Mothulwe is a complainant in the damages case. The Wits Justice Project spoke to him in 2012 and 2013. The emergency security team "guys held me down and the nurse came and injected me in the bum", he said, saliva dripping down his chin.

He said that the weekly forced injections started in 2004. No one told him what was being injected into his veins. Every week the emergency security team — armed officers — appeared at his unit and took him to the hospital. There he protested loudly and sometimes physically. The officers held him down and nurses administered the injection.

"The side effects became really bad. I started getting fits and couldn’t move my body anymore. My left hand stopped working. Then the entire left side of my body became weak," he said.

In 2007 Mothulwe’s side effects became unmanageable and the injections stopped. His "symptoms", which he had been told necessitated the injections, went untreated from then.

The Legal Resources Centre is representing 11 other inmates who say they were forcibly injected with antipsychotics.

Nurses and an administrative assistant who worked at the prison hospital, subcontracted to Faranani Healthcare, confirmed to the Wits Justice Project that they were regularly instructed to inject inmates without a history of mental illness and against their will with medication such as Risperdal, Etomine and Clopixol Depot.

Leaked video footage shot by the emergency security team inside the prison shows inmate Bheki Dlamini, who has no history of mental illness, being injected against his will. He shouts: "No! I am not a donkey," before four men grab him.

Guards employed by G4S are also accused of assaulting inmates and subjecting them to electric shocks. Inmate Isaac Nelani was allegedly tortured to death in the prison’s isolation unit. A pathologist ruled the death suspicious because there was bruising on Nelani’s heart.

In its internal system, the company registered Nelani’s death as a suicide — a type of death not consistent with this type of serious injury. Witnesses who spoke to the Wits Justice Project claim that before the police arrived several prison managers repositioned the body to make it look like a suicide.

G4S has consistently denied the allegations, despite evidence including the video footage and the pathologist’s report.

In court its legal strategy appears to be one of delays and postponements. In the damages case G4S asked the inmates to provide the global security group with the prison contract that G4S with four other shareholders — not the inmates — signed in 2000. The company also asked the inmates to make available their medical reports, which is the responsibility of the prison management.

The inmates’ medical files are also a bone of contention in the Promotion of Access to Information Act case. G4S and Faranani Healthcare asked that the judge assess the medical files in camera because G4S says it is concerned about the prisoners’ rights to privacy. But in a leaked shareholders’ report written in response to a June 2014 unpublished Department of Correctional Services interim report on the allegations of torture, G4S and the shareholders write extensively about the medical files of inmates.

They write about Sello Mogale, Aubrey Buthelezi, James Mothulwe and many other inmates who are suing the company for assault and forced medicating: "The incident [of an alleged assault] was recorded in an incident report and medical file, which are attached.…"

Why the company would ask inmates to provide it with medical files when it is clearly in possession of these documents and has shared the files with the department is a mystery.

The section of the report that deals with the alleged forced administration of medication contains further evidence of possible misconduct. Regarding inmate Willem Vis, they write: "There is no corresponding prescription from a medical practitioner or psychiatrist indicating that any medication should be administered by force." A doctor may forcibly medicate a person only if the head of the healthcare institution has given permission; the spouse or guardian of the patient has been informed; and two physicians have assessed the case.

In response to the forced medicating of Dlamini, an event captured on video and leaked to the Wits Justice Project, the shareholders confirm that he was given the antipsychotic drug Clopixol. The nurse who administered the injection obtained telephonic permission from a doctor, but it "was not confirmed in writing as is required by the Medicines and Related Substances Act".

They also admit that Faranani Healthcare had not recorded any medication administered to Dlamini, which is in contravention of the Nursing Act.

Department of Correctional Services spokesman Logan Maistry could not explain why the department did not fine the shareholders for these infractions. Faranani Healthcare said that it could not comment as the matter was sub judice.

G4S and Bloemfontein Correctional Contracts also declined to comment, citing confidentiality conditions in the contract with the Department of Correctional Services.