Getting it wrong — guilty until proven innocent 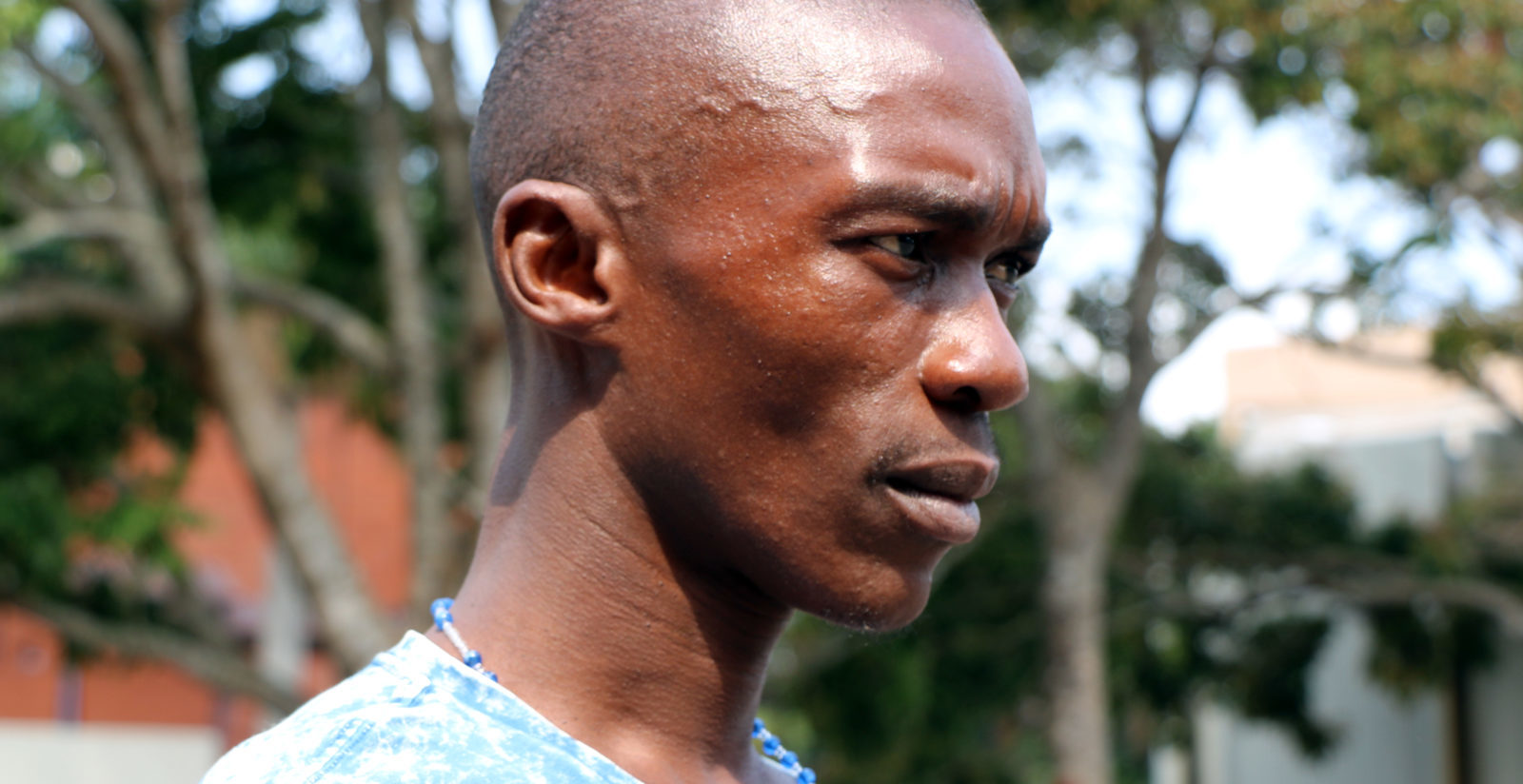 Although Njabulo Ndlovu’s DNA report was in possession of the court and prosecutor, it was never introduced as evidence.

Wrongful convictions are an uncomfortable fact of life, which in South Africa remains mostly unacknowledged, usually ignored and often denied. The establishment of a South African version of the US National Registry of Exonerations could well be an important step in the right direction.

‘It is better that 10 guilty persons escape than that one innocent suffer.’ – English jurist William Blackstone in Commentaries on the Laws of England, published in the 1760s.

In a climate of fear fuelled by rocketing crime rates, few South Africans have any sympathy for convicted criminals claiming to have been wrongfully convicted. “Let them rot in hell,” is the most likely response from any local hearing these claims. Though the notion of judicial fallibility is a foreign concept for most South Africans, mistakes can, and do, occur.

Take the case of former University of Westville second-year law student Njabulo Ndlovu, accused of gang-raping a pregnant woman in 2002 and sentenced to life imprisonment. Ndlovu’s conviction and sentence were recently overturned by a full bench of Pietermaritzburg High Court judges after Judge Rashid Vahed told the court there was no DNA evidence linking him to the crime and raised serious concerns about the conduct of Mike Lasich, the magistrate who convicted him.

The court ruled that Lasich made a number of “disturbing and unbecoming unfortunate interjections” during the trial and issued statements which assisted the state’s case. He also discounted evidence, such as DNA analysis, which eventually absolved Ndlovu, who spent 13 long years behind bars trying to prove his innocence.

Though Ndlovu’s DNA report was in possession of the court and prosecutor, it was never introduced as evidence. “In fact, the magistrate concealed them. This was crucial evidence which we’ve never seen until today,” says Ndlovu’s attorney Andile Magubane, who represented his former university classmate on a pro bono basis. In addition to Lasich’s conduct, according to Magubane, Ndlovu’s trial was riddled with irregularities.

In the case of wrongfully convicted Nolubabalo Nomsuka, according to media reports, the court also disregarded crucial evidence — the report of a pathologist who conducted a post-mortem on Nomsuka’s new-born infant and found no signs of the strangulation the then Grade 11 in KwaZulu-Natal pupil was accused of. Luckily for Nomsuka, after six years behind bars the life sentence she received for murdering her baby was overturned last year.

Though neither South Africa’s National Prosecuting Authority nor the Department of Justice and Correctional Services keep records of wrongful convictions, anecdotal evidence in the form of letters, telephone calls from inmates, friends, family and correctional officials received by the Wits Justice Project suggests the problem is far more widespread than anyone would like to believe.

Is the criminal justice system flawed? Just ask Ndlovu, Nomsuka or Thembekile Molaudzi, whose life sentence and conviction were overturned by the Constitutional Court in 2015 after he spent 11 years behind bars for murdering a policeman, a crime he always claimed he did not commit. Or ask any of Molaudzi’s wrongfully convicted murder co-accused — Boswell Mhlongo, Disco Nkosi, Sampie Khanye and Victor Moyo — or “rapist” Daniel Brilliance Sehloho.

“To err is human,” Molaudzi says stoically. “There was no evidence to convict me other than the recanted hearsay evidence of a co-accused, whom a full bench of the Mmabatho High Court later described as a reckless liar, and which the Constitutional Court subsequently deemed to be unconstitutional,” he says. “There was a bungled police investigation, no eyewitness identification and no forensic or ballistic evidence.”

According to the NRE, the leading causes of wrongful convictions in the US are mistaken eyewitness identification, false or coerced confessions, false accusations or perjury, false or misleading forensic evidence and official misconduct — including inadequate legal defence, prosecutorial misconduct and poor lawyering. (Interestingly, of the first 325 DNA-based exonerations recorded by the NRE, 75 involved mistaken eye-witness identification).

“It’s not spoken about, but everyone knows it’s real. In the past a magistrate was appointed because he was white, not because he was competent, as was evident in Ndlovu’s case. Most magistrates were white people who sometimes convicted people because of their racist attitudes or preconceptions, not because they actually committed the crime. The wrongfully convicted were just collateral damage.”

Though the South African judiciary has been transformed since the advent of democracy, research supporting Magubane’s sentiments demonstrates that race plays a significant role in US wrongful convictions. As NRE co-founder, University of Michigan law professor Sam Gross points out, African-Americans constitute only 13% of the American population, but form a majority of innocent defendants wrongfully convicted of crimes, and later exonerated.

“They constituted 47% of registry-listed exonerations in October 2016, and the great majority of additional innocent defendants who were framed and convicted of crimes in 15 large-scale police scandals and later cleared in ‘group exonerations.’ We see this racial disparity in all major crime categories: murder, sexual assault and drug crimes. Innocent black people are about seven times more likely to be convicted of murder than innocent white people.

Complicating matters further, it appears that wrongful convictions are not just a result of human error. Gross notes that a recent review of 250 exonerations in New York since 1989 found that a third of these involved prosecutorial misconduct, such as tampering with key evidence, withholding evidence from the defendant or coercing a witness to give false testimony.

The commission will review and investigate allegations of misconduct leading to malicious prosecutions and wrongful convictions, and can also recommend removal from office, or other consequences for which, until now, there was no means of holding prosecutors accountable. In South Africa, judicial immunity means that any consequence for Lasich, the magistrate who sentenced to Ndlovu to life imprisonment, is highly unlikely.

“I was convicted in a special court dedicated to rape cases. I did some research and found in 20 rape-cases that magistrate presided over, 16 of his decisions were overturned,” says Ndlovu.

“I think he was only interested in statistics and reaching a conviction target.”

In addition, Ndlovu’s private attorney at the time of his trial was former National Director of Public Prosecutions Mxolisi Nxasana, fired by President Jacob Zuma and recently ordered by the Constitutional Court to repay part of the R17.3-million golden handshake he received in the process. Nxasana knew full well that Ndlovu had undergone DNA testing, but never pursued the matter.

Since the establishment of the first US Innocence Project in 1989, powered by the belief that if DNA could prove people guilty, it could also prove them innocent, more than 360 people have been exonerated on the basis of DNA evidence — including 20 who spent time on death row. Shockingly, the NRE also records 35 wrongfully convicted people who each spent more than 30 years behind bars — including Richard Phillips, exonerated last year at the age of 71 after spending 45 years in prison.

Ndlovu, who completed his law degree in prison, was determined to have private legal representation from the get-go. Though granted leave to appeal by the Supreme Court of Appeal in 2012, Ndlovu never had adequate funds to follow through. Sadly, his sister-in-law Penelope Ndlovu, who eventually paid for his legal defence, died last year before she could watch him walk out of Westville prison as an innocent man.

“My family never doubted my innocence and did everything in their power to ensure I got my day in court,” he says. “They’ve also been emotionally damaged by what happened to me.

“Prison teaches you to be patient and I knew one day the truth would be revealed. While I was in segregated confinement in Kokstad, I spent my time studying and praying, praying and praying. I was alone in my cell for 23 hours a day and knew I must just survive.”

One of the things survival demanded was participation in a compulsory victim offender dialogue. This meant Ndlovu was forced to write a letter of apology to a woman he never raped whom he believed owed him an apology.

“The job of prison is to rehabilitate, not judge. That’s the function of the courts,” he explains. “I was forced to pretend. If not, I’d be seen as a person in denial who wouldn’t accept responsibility for their crime and never be granted parole.”

Though 33 American states offer monetary compensation to the wrongfully convicted, in South Africa there’s no such compensation — unless the state is successfully sued in a civil damages claim.

“No one has ever apologised for what happened to me or taken responsibility,” notes Molaudzi. “This has added insult to injury.”

Khanye, for one, says he’s suing the state for the 14 years he spent behind bars for a crime he never committee.

“Since my conviction was overturned by the Constitutional Court last year, I’ve had no help or support from the state. You get much more help if you’re released on parole — the officials look after you, check up on you and you get support from social workers. When you’ve been wrongfully convicted, you get nothing. After you walk out of prison, you’re left to struggle and suffer alone. It’s very hard.”

Ndlovu also intends suing the State. “I know this is going to be a long road but it’s a road I’m prepared to walk,” he says. “I was 19 when I was arrested and now I’m 35.”

In American states with compensation statutes, Gross says exonerees receive $69,000 on average for every year spent behind bars. In Texas, exonerees are paid $80,000 for every year in prison and are also eligible for monthly annuity payments. By contrast, those who choose to sue receive an average of $300,000 a year. According to a recent NRE report,state and municipal governments have paid out $2,2-billion to exonerees, though more than half the exonerees listed in the database have never been compensated.

Meantime, Ndlovu is adamant dwelling on the past won’t bring back the lost years stolen from him by the criminal justice system.

“It’s time to move on. I’ve accepted what happened,” he says. “Now I’m busy with my learner’s licence, with counselling for post-traumatic stress arranged for me by a friend and I’m looking for a law firm where I can do my articles. I’m just glad it’s over and I’m home with my family. That’s all that matters now.”

If Ndlovu’s tragic tale reveals anything about the workings of the criminal justice system, it’s that the system is flawed, fallible and wrongful convictions are an uncomfortable fact of life which in South Africa remains mostly unacknowledged, usually ignored and often denied.

Since it’s impossible to solve a problem without understanding its scale, the establishment of a South African NRE could well be an important step in the right direction. DM 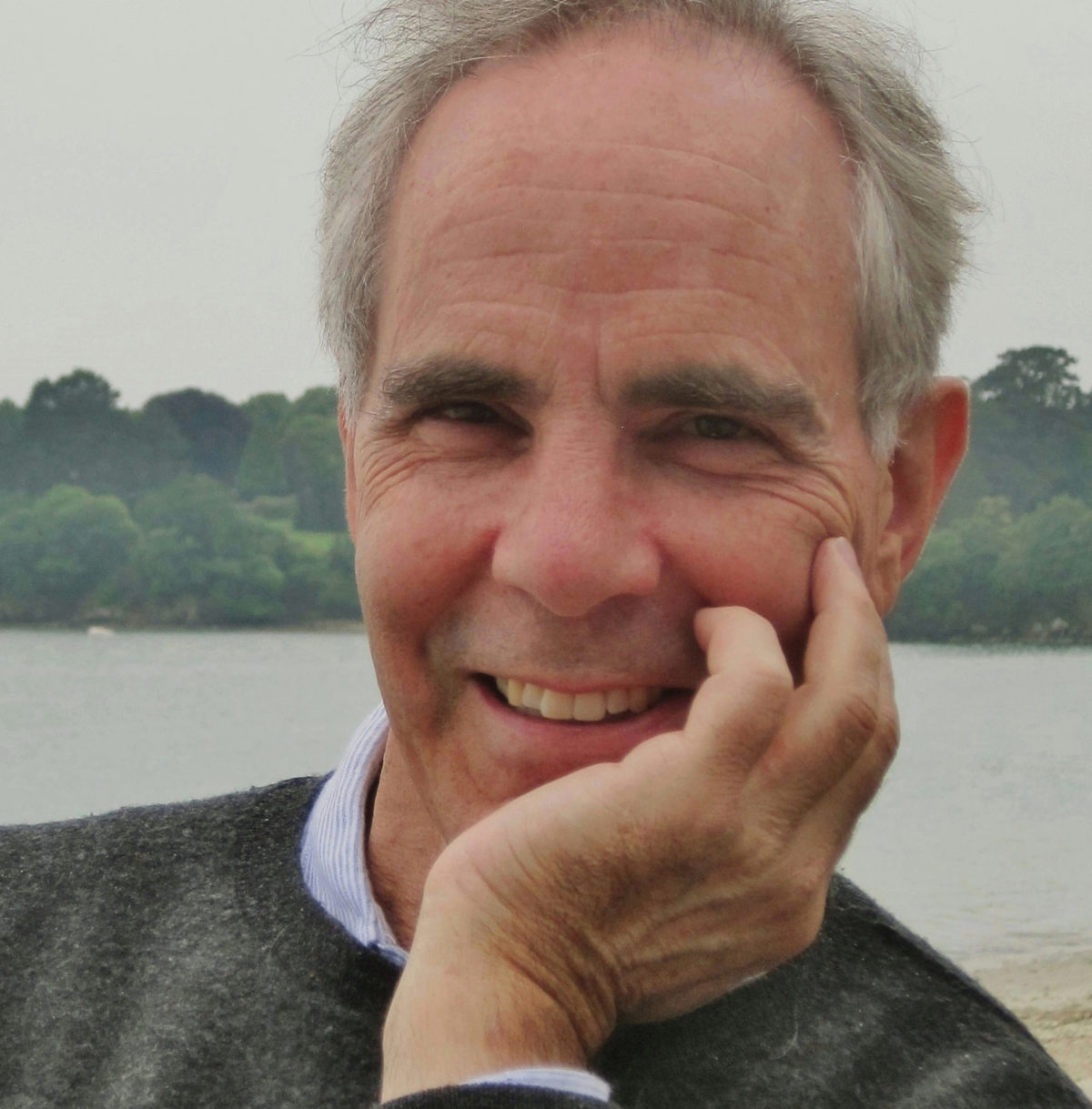 Prof Sam Gross, co-founder of the US National Registry of Exonerations . Photo: SUPPLIED