Remanded and Forgotten: The fate of South Africa’s prisoners who have not yet been tried

Remand detainees are people who have been arrested, have been refused or cannot afford bail, and are awaiting the start or completion of their trial. South Africa currently has 41,717 people in remand, making up nearly one third of the country’s total prison population 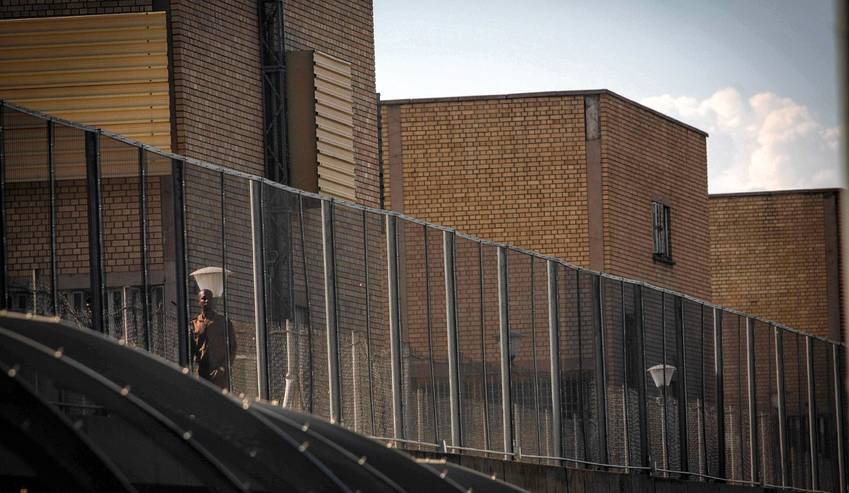 Imagine being locked alone in a space no larger than a small bathroom for 23 hours a day. A window near the ceiling lets in some natural light, but the rusted burglar bars and the dirty fingerprints of previous inhabitants obscure your view of the outside world. The room is furnished only with a bed, a sink and a toilet. No books, no TV. Not a sheet of paper to write on. The lights are never turned off. Your last meal is at lunch time. The remaining hour of your day is spent outside in a cage where you sit quietly, breathing in the fresh air, with no one to talk to and nothing to do.

Titus Monyemoratho, a remand detainee in Vereeniging’s Groenpunt Correctional Centre, does not have to imagine. That’s because, despite never having been convicted of a crime, he has been behind bars since 2011.

Monyemoratho’s trial started shortly after his arrest for armed robbery but has still not reached completion. Delays in scheduling due to clogged court rolls and a serious oversight in criminal legislation have left Monyemoratho with no other option but to wait.

In the eyes of the law Monyemoratho – like all remand detainees – is innocent until proven guilty. Since his arrest, however, he has received fewer services and at least the same abuse as many sentenced offenders. And, for much of his detention, he has been forced to live in solitary confinement, a condition that has exacted a heavy toll on his mental health.

“When you are alone all the time, you go crazy,” Monyemoratho tells me during a 40-minute visit monitored closely by prison warders. “Your mind becomes very negative. You know, in this place, they don’t just want to lock you up, they want to lock up your mind, too.”

Monyemoratho speaks quickly, with little pause for breath, after having not spoken to anyone for weeks. He paces up and down a narrow passage behind the glass window separating us. “It’s like they’ve put cold water all over my body,” he says. “It’s like I’m frozen.”

Almost all of his time is spent in a single cell. This may seem like a luxury considering the high rates of overcrowding in prisons countrywide. But because he is not allowed to interact with other inmates, does not communicate with warders, and is permitted outdoors for just one hour each day, it’s anything but.

Remand detainees are people who have been arrested, have been refused or cannot afford bail, and are awaiting the start or completion of their trial. South Africa currently has 41,717 people in remand, making up nearly one third of the country’s total prison population, according to the Department of Correctional Services’ (DCS) 2014/2015 Annual Report.

In 2013, lawmakers inserted Section 49(G) into the Correctional Services Act (CSA) in an attempt to reduce the number of people spending excessive periods of time in remand detention. The section “mandates that no remand detainee may be detained for a period exceeding two years… without the matter being brought to the attention of the court”.

Despite having been detained for five years, Monyemoratho says he has never appeared at a Section 49(G) hearing. He explains that in 2013 a hearing was organised but says he was not called to appear: “I only found out in 2014 from one of the warders that there was a hearing, but I wasn’t there.”

On the surface the amendment seems promising but it has many weaknesses. For a start, it does not require the court to take action when a remand detainee spends more than two years behind bars awaiting their trial.

“The problem with Section 49(G) is that it does not compel the court to do anything. It does not require the court to conduct an inquiry into the delays. Moreover, the longer the period of detention, the more onerous the obligation on the state to motivate for continued detention,” says Lukas Muntingh, Project Co-ordinator of the Civil Society Prison Reform Initiative.

An additional concern highlighted by Muntingh is the possibility that Section 49(G) is misplaced and should actually be in the Criminal Procedure Act (CPA) – which governs the courts – instead of the Correctional Services Act, which governs the prisons.

For example, in the CPA, “Section 342(A) provides for an inquiry into an unduly delayed trial,” he says. This provision compels the court to take action when a matter has been unnecessarily drawn out. The CSA, on the other hand, regulates prison conditions and treatment of inmates, and has no bearing on the courts or decisions judges make.

While DCS does have a responsibility to ensure safe and humane living conditions in remand, the department has no control over how many people are placed in its remand cells, or for how long they will stay. This responsibility lies firmly with the courts.

Vuyi Mlomo-Ndlovu, Deputy Commissioner of Remand Operations Management at DCS, declined to comment on the amendment directly, instead saying: “I am not in a position to judge the functioning of the courts in relation to [Section] 49(G). DCS does have platforms that allow for engagement with the Judiciary regarding challenges with applications submitted to courts.”

Judiciary spokesman Nathi Mncube, on the other hand, says implementing Section 49(G) is not the Judiciary’s job: “The implementation of Section 49(G) and the monitoring thereof is the competence of the Department of Correctional Services. You are advised to contact them directly.”

The current configuration means that neither the courts nor the prisons are forced to take responsibility for excessive and unnecessary periods of detention; no one is held to account when innocent people, like Monyemoratho, spend years locked away.

In the meantime, conditions in remand are often worse than those in facilities housing sentenced inmates, with large numbers of mostly poor, young men being shoved into cells filled past their capacity. The remand section of Cape Town’s Pollsmoor Prison, for example, has an overcrowding rate of 309%, according to a 2015 report compiled by Constitutional Court Judge Edwin Cameron following his inspection of the facility.

Remand detainees also do not have access to any of the services available to sentenced inmates. Things like library books, study materials, regular visits with social workers and psychologists, and even basic recreational items like soccer balls, are off limits. This is because, in theory, remand should be used as a last resort with detainees being remanded for such short periods they wouldn’t need access to additional services.

While they may not have any privileges, remand detainees are still exposed to the same high levels of institutional violence as all inmates, both from other inmates and from officials, according to Ariane Nevin, National Prisons Specialist at Sonke Gender Justice. “Detainees in remand detention facilities do not have the benefit of rehabilitative services and are likely to be subjected to longer hours of lock-up. Longer hours of lock-up have been linked to incidence of violence, including sexual violence,” she says.

Monyemoratho knows about assault by officials all too well after having been beaten by two police officers upon his arrest. “They beat me on my head and my face with the back of the gun,” he explains, “they beat over and over again, until I was unconscious.” Once detained, he was admitted to hospital and given medical treatment.

Monyemoratho sustained a severe injury to his left eye, leaving his vision blurry and his eye unable to detect colour. “I never used to wear these,” he says, pointing to a pair of glasses given to him after one of his many hospital visits. “I must wear these now because of what they did to me.”

It’s hard to know the extent of psychological damage caused to detainees by long periods in remand detention because their psychological state is not monitored, but Monyemoratho knows he will never be the same after this experience: “I hear people screaming, crying, being kicked and abused all the time,” he says. “How am I now supposed to just close my eyes and go to sleep like normal?”

“There are many people in here who want to kill themselves,” he says, “some of them try.”

But with a daughter completing her undergraduate degree and an adult son with dreams of becoming a police officer, Monyemoratho maintains he has too much to live for to end his life.

For now, Monyemoratho will remain in his cell awaiting the completion of his trial which, by the looks of things, doesn’t seem to be ending any time soon. Until then, it appears both DCS and the Judiciary will continue to point fingers.