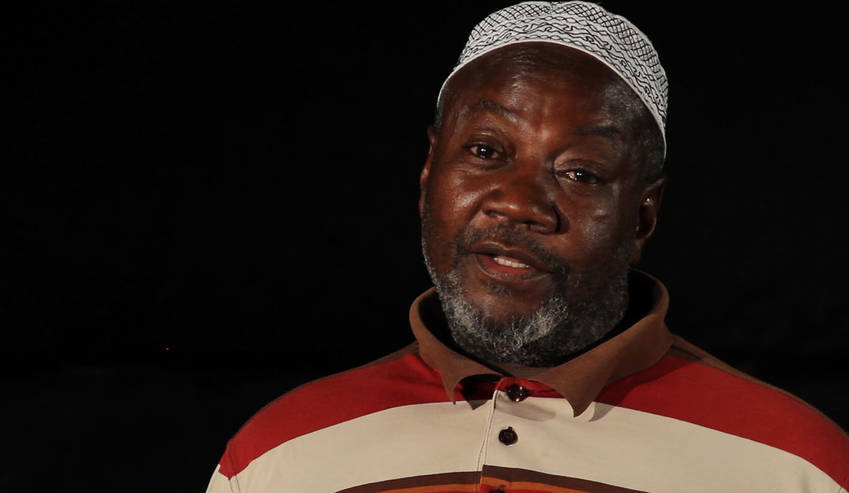 After spending five years in jail for a crime he always claimed he did not commit Daniel Brilliance Sehloho is supposed to be one of the lucky ones whose wrongful conviction has been overturned. Instead, he believes his problems really started when he was released. By CAROLYN RAPHAELY for Wits Justice Project.

There was no one to meet disgraced “rapist” Daniel Brilliance Sehloho at Johannesburg prison’s gates after Pretoria High Court Judge Edwin Molahlehi over-turned his conviction and life sentence last year and found him not guilty of raping and assaulting a 15-year-old girl.*

So, after spending five years in jail for a crime he always claimed he did not commit, a kindly warder gave Sehloho R20 and a lift to the nearest taxi-rank. Then he cadged R120 from a stranger for the ride to his uncle’s Springs home where he arrived unheralded.

Denied bail and forced to await trial for three years behind bars before he was erroneously convicted and sentenced by Nigel Regional Court Magistrate Juan Voogt in 2015, Sehloho, 55, remains traumatised, ostracised and still guilty in the court of public opinion:

“Though the court said I’m innocent, people in my community believe I escaped from prison. They think I’m a rapist and don’t think it’s possible to be convicted without any evidence.

“They don’t want me around… If it were possible, they’d chase me away. They don’t talk to me and they look at me with a bad eye… Even if I’m facing forward, I can feel eyes looking at my back. I can feel everyone saying ‘there goes a rapist'…”

Sehloho was convicted on the testimony of a girl whose evidence, according to Molahlehi, contained “glaring contradictions and material inconsistencies”. In addition, Molahlehi ruled that the state neglected to prove Sehloho’s guilt beyond reasonable doubt and failed to take into account the cautionary rule regarding uncorroborated evidence of a single, youthful witness.

Prior to his conviction, the former Arabic teacher and founder of a small Alra Park Madrassa says he was happily married. Now, he says he’s lost his family, his home, his job and his health. He suffers from a host of prison-acquired ailments – including diabetes, stress, hyper-tension and asthma. He mostly walks with a shuffling gait caused by diabetes-related foot-pain and is partially sighted because, he says, a gangster hit him in the eye with a steel cup during time he spent in Nigel prison.

“My life was destroyed by that magistrate. Today, my wife is living with another man in my house. I’m living with my uncle, my cousin and his two daughters in my granny’s Kwathema house and my children live with two different aunties. They’re scared of me. They don’t even want me to hug them. All they see is a man who could rape, or kill them. I’m forced to depend on my uncle for everything, even though I had to get a protection order last year when he wanted to chase me away.”

According to the US National Registry of Exonerations, false accusations and perjury are a leading cause of wrongful convictions. In rape cases, these allegations are a crime, not only against an innocent man, but against all women – one woman’s false allegations damage the credibility and cause of all rape survivors, sometimes even serving as a deterrent to reporting their trauma for fear of being disbelieved. As for Sehloho, a “perpetrator” turned victim, his life is in tatters.

“In my religion you’re allowed four wives,” he explains. “I’m a religious Muslim and I made the mistake of wanting a second wife. Everything went wrong when I told my wife, Rasheeda. She didn’t want that, and the woman I wanted to marry, wanted me entirely for herself.”

Observes Mufti Bodiat, who heads the Khaleed Bin Waleed Mosque which Sehloho attended before he went to prison: “I’m head of a Muslim community of 100 families in Mackenzieville, near Nigel, and to my knowledge there’s not a single man here with two wives. I’ve only ever heard of two people with four wives in SA. This may be common in other countries but not here.”

In an apparent hell-hath-no-fury-like-a-woman-scorned scenario, the mother of the girl who claimed Sehloho raped her told the court she was in love with him and that he had proposed to her. Sehloho contended during cross-examination that the charges against him were fabricated, motivated by anger on the part of the mother because of his failure to follow through on his marriage proposal. “She influenced her daughter to lay charges against me in order to punish me,” Sehloho says.

Nonetheless, the then-Grade 7 student testified that on three separate occasions Sehloho forcibly kissed her on the lips, put his finger into her vagina, forcibly undressed her and penetrated her with his penis without her consent – allegations which he consistently and vehemently denied.

After the alleged rape, the girl’s school principal accompanied the pupil to the police station and Far East Rand Hospital. The nurse who examined the child told the court that the girl had old vaginal injuries which had already healed, as well as a sexually transmitted disease for which she prescribed antibiotics.

The nurse added that the girl told her Sehloho did not use a condom while raping her and blood tests revealed no evidence of Sehlolo having a sexually transmitted disease. DNA test results also proved negative with no evidence linking him to the crime. The child’s uncorroborated version of events was unconfirmed by medical examination and riddled with contradictions – including telling the court she was raped once, and telling the nurse she was raped twice on two separate occasions.

Continuing to protest his innocence throughout the trial, Sehloho says he terminated the services of Nigel Legal Aid lawyer Riaan du Plessis when he tried to persuade him to plead guilty to get a lesser sentence. “That lawyer told me the magistrate would believe the complainant, not me,” Sehloho says, “but I refused to plead guilty to a crime I didn’t commit.”

As it turned out, Du Plessis was correct and Sehloho was sentenced to life behind bars. Nonetheless, the question remains: Who gave the girl the sexually transmitted disease and is that person still out there molesting children?

Rape is a notoriously under-reported crime. Statistics reveal only the number of rapes reported to the police, not how many are committed. Despite SA often being dubbed the rape capital of the world, Africa Check’s Kate Wilkinson says the true extent of the problem remains unknown. For example, though the SAPS (SA Police Service) reported 15,790 cases of child rape to Africa Check in 2015/2016 (latest available figures) Wilkinson says no nationally representative study of child rape exists; nor any representative study on the number of South Africans who have been raped – 39,828 in 2016/17, according to SAPS.

According to a now outdated 2008 research report undertaken in Gauteng by the MRC (Medical Research Council), only one in nine SA women rape survivors reported the crime to the police. The MRC also found that only 50.5% of the 2 064 cases of rape the study analysed resulted in an arrest, and only 42.8% of those arrested were charged in court.

Despite SA’s infamously high rape rates and lack of reliable statistics, false accusations by vengeful women using rape, or sexual abuse, as a weapon appear rare. It is precisely because these allegations are rare that they receive wide-spread publicity when they do occur. For example, the case of 25-year-old Londoner Jemma Beale, who falsely claimed she was gang-raped by nine male strangers and sexually assaulted by six men in four different encounters over a three-year period, came under the media microscope last year.

“In my case, I blame the investigating officer and the justice system,” Sehloho says. “The police didn’t follow correct procedures and investigate properly; I believe they work toward achieving arrest and conviction targets.” This is a moot point – a recently released 2012 MRC study involving 3,952 rape cases found that only 8.6% of these cases resulted in a conviction.

However, if rape convictions are rare, over-turned rape convictions are even more unusual. “In situations where there are no witnesses other than the parties involved, no one knows what really happened and whether the accusations are false,” cautions one rape activist who didn’t want to be named. “In this case, all we know is that evidence submitted to the court could not be proven beyond reasonable doubt. It would be entirely different if the child admitted to making up the story….”

“I’m happy to be free but my freedom to do things for myself has been taken away,” Sehloho says. “I’ve turned into a beggar. It’s very painful and there’s no help from the state.

“The justice system has failed me twice – first by wrongfully convicting me, then by giving me no help. There’s no consequence for magistrates who convict people wrongly and many innocent people behind bars serving time for crimes they never committed. I’m supposed to be one of the lucky ones but my problems really started when I was released. My life is destroyed. I have no income and no one trusts me. Sometimes when I’m alone I just cry….”