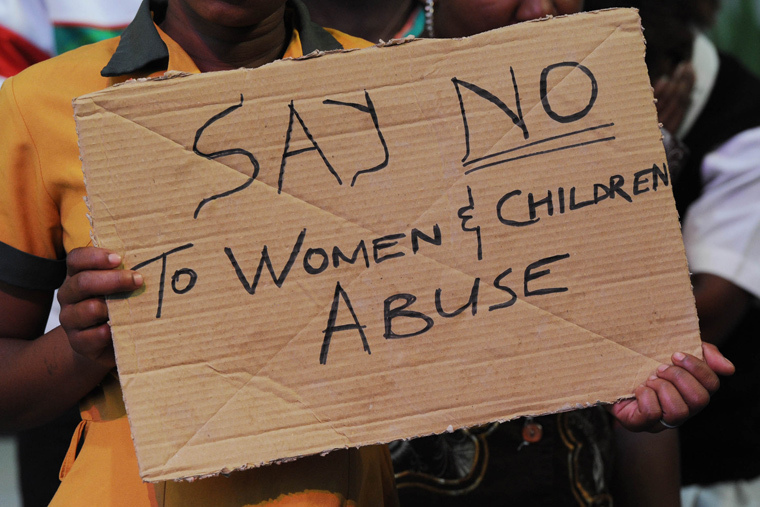 A billionaire stockbroker, Frankel died of cancer in April this year in the midst of sexual allegations brought against him more than two years ago. At the time, seven of the Frankel 8 had come forth with allegations of sexual assault committed before any of them had reached adolescence. Frankel was served with a civil lawsuit because of the emotional trauma his victims endured – but criminal proceedings were not possible because the prescribed legal time period of twenty years required to criminally charge Frankel had lapsed. It is this procedural barrier that is currently being challenged.

In June, this year, the High Court ruled in favour of the Frankel 8 who argued that the law limiting sexual offenses, other than rape, to a prescription period of 20 years was unconstitutional. This victory was a transformative step - invalidating Section 18 of the Criminal Procedure Act - and passing the baton to the Constitutional Court to confirm the order of invalidity. This means victims of sexual assault previously limited by a 20 year time-barrier will now be able to pursue a criminal case against a perpetrator regardless of the amount of time that has passed since the assault.
Marike Keller, Policy Development and Advocacy Coordinator of Sonke Gender Justice, says there are many cracks in our criminal justice system ranging from the lack of adequate police services to low rates of prosecution and conviction. However, the lifting of procedural barrier “[...] means that there is one less barrier, out of many, for survivors to come forward and report.”
One of the immediate challenges faced by victims of sexual assault when pursuing justice is reporting the incident.
“They (the police) have an incentive structure in place that if reporting rates decrease, they receive a bonus. This incentivizes them to not document cases when survivors come to them to report,” says Keller. “Additionally, they often show a lack of sensitivity towards the survivor, leading to secondary victimisation or traumatisation (sic).
“[...] in terms of the (National Prosecuting Authority) NPA, they only prosecute cases they feel they have a high chance of winning. This leads to the majority of cases not being prosecuted and accounts for the discrepancy in the NPA's reported percentage of convictions and the (Medical Research Council) MRCs.”
National Prosecution Authority (NPA) spokesperson, Luvuyo Mfaku says the success of the justice system in relation to sexual offences is measured through the conviction rate.
“The conviction rate of sexual offences cases is standing above the set target of the annual performance plan, which is 68%,” says Mfaku.
However, Keller says victims of sexual assault are not well served by the system, if justice is defined in terms of conviction rates.
“The state of justice leaves much to be desired. Unfortunately, conviction rates in SA are very low. While the NPA has most recently celebrated a 72% conviction rate (surpassing their annual target of 69%), a recent study by the Medical Research Council (MRC) places this figure closer to 8.6%.”
Meanwhile, Africa Check investigated South Africa’s crimes rates for 2016/17 and found that the police recorded 59 more sexual assaults in 2016/17 than in 2015/16 year while noting these figures cannot be considered as a true representation of the reality.
Africa Check is one of a number of media bodies and research organisations which have acknowledged that rape and sexual assault statistics remain largely enigmatic mostly due to under-reporting by survivors. Both the NPA and Keller agree that structural change to the justice system could contribute to changing this trend starting at addressing attitudes towards gender and violence.
“Training of service providers in order to enhance capacity and improve on attitudinal approach is critical and ongoing,” says Mfaku.
Keller echoes this sentiment saying, ‘We have great laws in place, but they lack implementation. We need sensitivity training for police, prosecutors and magistrates.”
“Most importantly, we need to strengthen primary prevention of violence by working with men and women to address harmful gender norms and attitudes and to address the entrenched patriarchy in our society.”
With the ongoing proceedings of the Frankel 8, the system may soon see one barrier removed from the path to justice for survivors of sexual assault.