The price of the Warrior Woman’s freedom 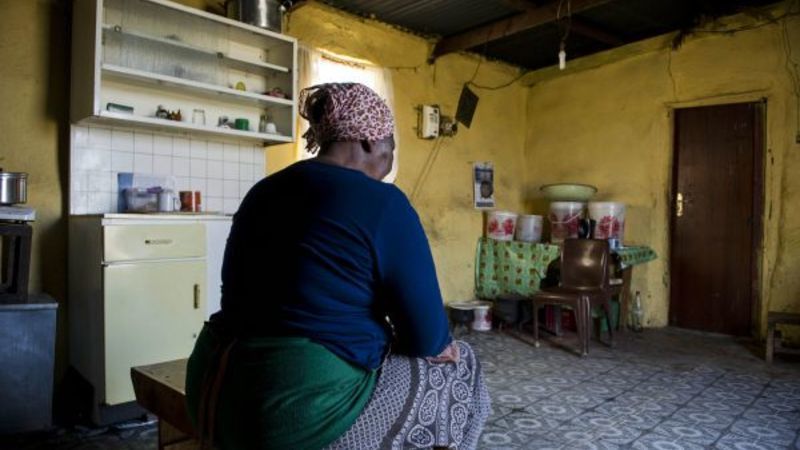 Following the judgment, the warrior woman and her daughter have started to rebuild their lives (Delwyn Verasamy, M&G)

Mail and Guardian journalist Athandiwe Saba writes about the nuances of 'Lion Mama', the woman who stabbed three men, killing one, to save her daughter. Saba interviews WJP's Ruth Hopkins about her experiences with convicted woman who also pleaded self-defense.

But the decision has puzzled some legal experts — many other women have killed in self-defence, yet they were prosecuted, convicted and have been behind bars for up to 10 years.

The Wits Justice Project has researched cases in which women’s arguments of self-defence for killing their intimate partners have failed in court. Ruth Hopkins is mystified by the NPA’s decision not to prosecute.

“The woman did something that was very understandable in the circumstances. But looking at the cases I have worked on and researched, I found it quite baffling, because the women I have interviewed were in situations where it’s either they die or the men they were protecting themselves against die,” she said.

The mother, who has been dubbed “Warrior Woman”, stabbed three men, including one to whom she was related,about a month ago in Qumbu, near Queenstown in the Eastern Cape. She found the three in a house raping her daughter.

When she was arrested, there was a public outcry and the village rallied around the woman and her family, vowing to stand by her during the trial. But on Monday, the NPA swiftly removed the case from the roll, saying there was no reasonable prospect of a conviction.

According to Buhle Tonise, the mother’s lawyer, this was the best decision the NPA could have taken. “I am proud of the decision made by the NPA and that they realised quite early that there were no chances of winning this one. It’s concerning that they felt they had to charge her in the first place,” she said.

Before the case was dropped a family friend said events have pushed the woman’s family to the brink, with the daughter taking the most strain. “She blames herself and even says sometimes that if she had not gone to the house that day her mother would not be facing jail.

“She wasn’t healing and her mind [was] occupied with blaming herself. She had a setback and had to be admitted to hospital. But the burden has been eased now and the family is doing a lot better,” she said.

Professor James Grant, associate professor of law at the University of the Witwatersrand, said two of the stabbings could easily be argued under self-defence, but he was puzzled that the woman was not charged for the third, fatal, stabbing, when the man was trying to escape.

“There is no question in our law that you may use lethal force when someone uses any degree of force against you or another person and endangers [an] interest of yours. Go ahead and kill them is the message from our law,” he said.

But Grant said the law changes the moment the attack ends and the attacker tries to escape. “You can’t claim to be defending yourself if the attack is over and the person is trying to escape.

“There has been some commentary to the effect that this woman enjoys the right to self-defence in all three cases. That commentary is unfortunately misplaced. If it’s true that one of the attackers had turned and was trying to escape, the mother may not use force in terms of the escaping attacker,” he added.

Grant suggested another defence the warrior woman could have used, which would lean towards temporary insanity.

“You don’t have to be technically insane but you can be under such severe state of emotional shock that the law will understand that it cannot expect you to have obeyed the law. This woman found three men raping her daughter. If this is true, I cannot imagine any court of law holding her to a standard we expect you in those moments to have abided by the rule of law,” he said.

Meanwhile, the NPA is waiting to hear from the court the date of the inquest. It’s speculated that the court may still find the mother must be held responsible for the man’s death.

Grant said the inquest is a mere formality. “At worst what would come out of it would be that the person indeed died of unnatural causes and the responsible party for the death is uMama. The court may for instance recommend a prosecution even, but ... the inquest won’t give the NPA any additional information to change its mind.”

For now, the warrior woman and her daughter have started to rebuild their lives. But a case of rape in the high court against the two remaining suspects awaits them.