Wits Justice Project (WJP) is a project of the Journalism Department in the University of the Witwatersrand, Johannesburg (WITS).

It is a donor funded investigative journalism project which harnesses the power of the media to obtain justice when the justice system fails to do so.

The WJP investigates human rights abuses and miscarriages of justice related to the criminal justice system and publishes its findings.  The WJP raises public awareness of systemic problems within South Africa's criminal justice system. It liaises with stakeholders to address transgressions and abuse, conducts thematic research in an attempt to influence policy reform and advocates for change. 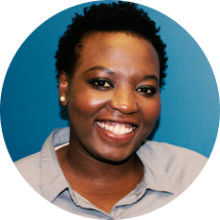 Simonia Mashangoane is the project coordinator at the Wits Justice Project. She has over 8 years civil society experience doing, monitoring and evaluation, research, advocacy and programme coordination at community and national level. She began her career as a part-time research assistant in various community development projects, which is where her passion for human rights work was born. She has worked for a number of social movements in South Africa advocating for access to health care services. Simonia hopes to merge her passion for citizen participation and state accountability with her studies in Economics and Development. 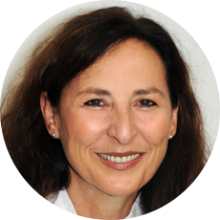 Carolyn Raphaely is a senior journalist at the Wits Justice Project. Carolyn’s professional career and personal interests have always been informed by an insatiable curiosity and a desire to improve the way we live. With a psychology and drama degree, a Masters in City and Regional Planning, stints as associate editor of the Financial Mail, features editor of Finance Week, Johannesburg bureau chief of Cosmopolitan magazine and communications manager of Conservation Corporation Africa under her belt, she brings a maverick approach to the Wits Justice Project.  Raphaely cut her journalistic teeth exposing the pitiful conditions experienced by migrant workers living in employer-provided housing in the Western Cape.  Subsequently, she’s written extensively about socio-political, human rights and lifestyle issues, housing, business and the environment. She’s also written about travel, décor, design and architecture as a freelancer and spent lengthy periods in some of Africa’s most wild and wonderful places. Right now, she’s obsessed with righting wrongs in SA’s justice system by drawing attention to the mostly ignored plight of people behind bars.  Carolyn was named print Legal Journalist of the Year by Webber Wentzel in 2011 and runner up in 2012 and 2015. She was Standard Bank Sikuvile Journalism Award finalist in 2013 and 2014. In 2016, she was awarded a visiting scholar fellowship by the Medill Justice Project at Chicago’s North Western University. In 2017, she was awarded an “Honourable Mention” by the judges of the World Justice Project’s Anthony Lewis Prize for exceptional rule of law journalism. 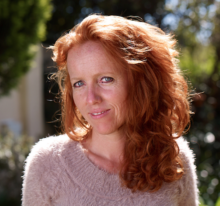 Ruth Hopkins is a senior journalist with the Wits Justice Project. Ruth wrote a book on trafficking in women in/to Europe, which was published in 2005 (Ik laat je nooit meer gaan, I will never let you go again), based on five years of research in Albania, Bulgaria, Ukraine and the Netherlands. In addition to her journalistic work, Ruth set up and taught a human rights course at a journalism college in the Netherlands. She is currently finishing her first novel about ‘Magdalene women’ who were incarcerated in convents in Ireland because they were perceived as a ‘moral danger to society’. Ruth was named print Legal Journalist of the Year by Webber Wentzel 2011 – 2014.